Long ago, in a far off galaxy, Clear Channel Communications created a digital entity called iHeartRadio.  I was the number three creative on the team, working under Creative Director, Josh Klenert.  I owned mobile UI design for the iPhone and iPad apps.  This was the dawn of app design for iOS, and an unforgettably fun experience in my design career. 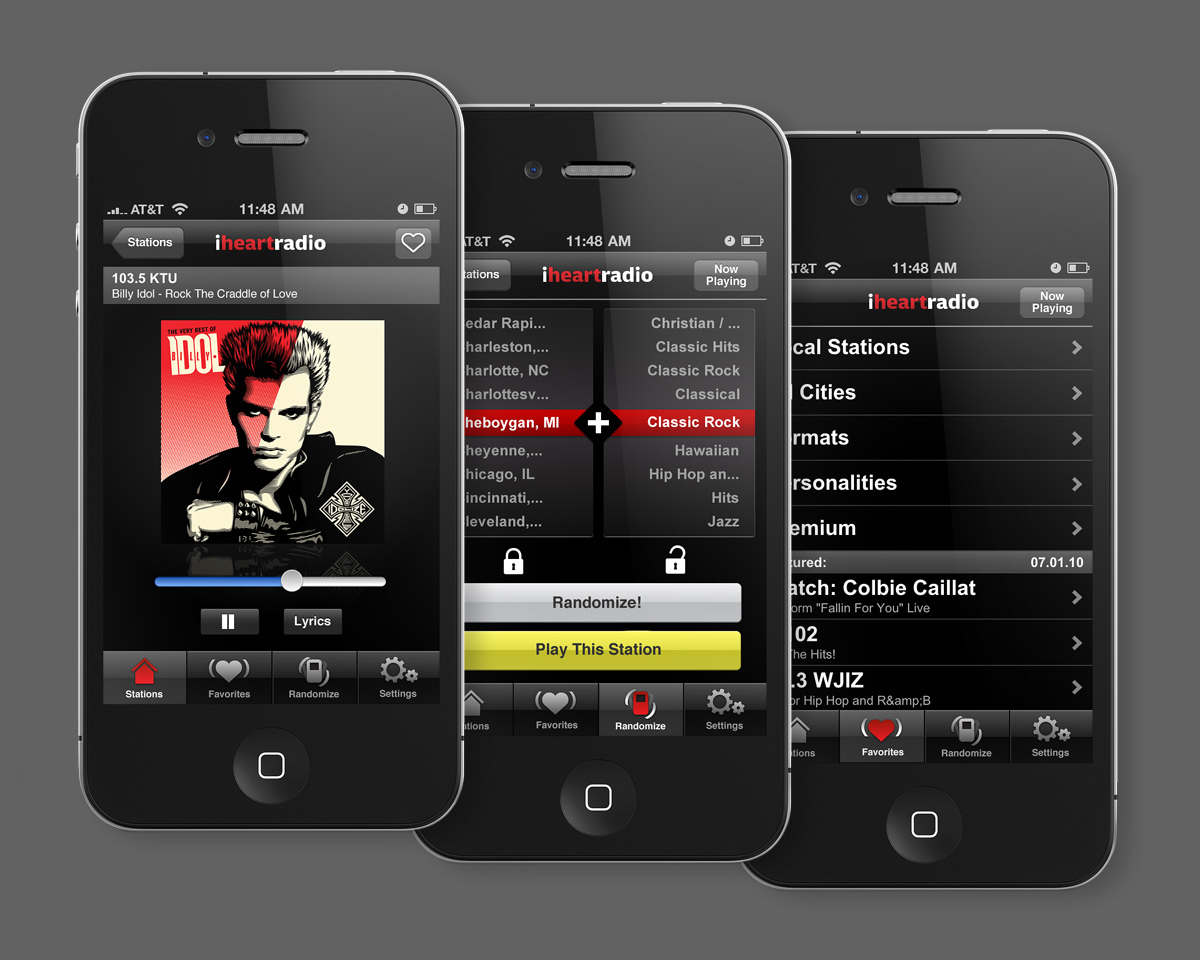 iHeartRadio was created to bring the terrestrial radio content experience into the realm of streaming audio.  Our direct competitor at the time was Pandora, but we had something they didn’t: local DJs and content.  So the primary goal for the first iHeartRadio app was to allow Users to stream radio from any city of origin, using only their iphone.  Although Clear Channel owned over a thousand radio stations, the first app iteration would offer less than 20.  History would show this was just the beginning.

There was no rule book for app design when Apple first opened the marketplace.  I had to learn from our app developer how to efficiently design for iOS, and learn which elements within the SDK were open for customization.  The Apple Human Interface Guideline was my only published resource, and it was imperative to learn every page of it.

As the field of UX design was maturing alongside this new platform, an  exciting online arena was created, allowing UI designers and creatives to share information and strategies.   Interestingly, the approach to designing for digital is not much different than designing for a hard good.  Hand-sketching was a common way for us to get ideas out, without incurring much time expense.  Blue-sky concepts were balanced by constraints from the HIG, and helped to narrow the feature focus of the MVP.  Initial prototypes were simple, and we worked through issues methodically.

Once launched, the popularity of the app grew rapidly.  Our QA team gathered User analytics and testing data, allowing us to fine tune the design and make feature decisions.  Eventually, the app was brought to Android, and then iPad.

We conceptually designed the iPad version before anyone had actually seen or touched an iPad.  Apple was secretive about the specs, so we white-boarded our ideas without knowing exact screen dimensions.  The larger format gave us space to present iHeartRadio proprietary content, creating a multimedia distribution channel unlike any other music streaming platform.